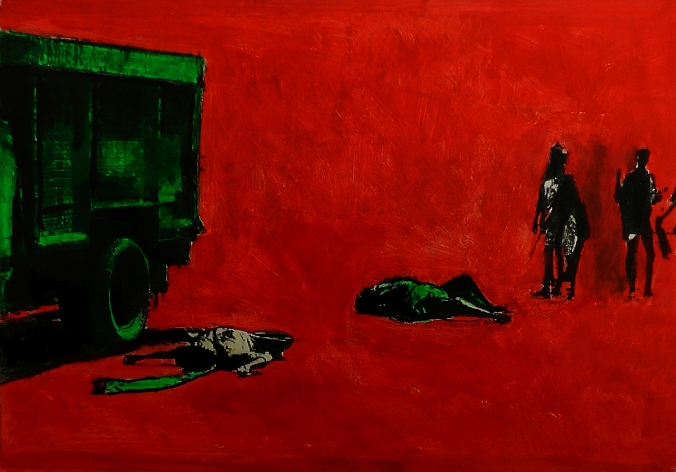 Pakistan was created for minority rights. Jinnah and Iqbal did not want the tyranny of colonial rule to be replaced by tyranny of Hindu majority over Muslim minority in India. Same problem was encountered by the untouchables. One option proposed for protecting the rights of minorities in united India was to create separate electorates for Muslims and untouchables. The British agreed to this proposal but Congress leadership rejected the idea.

Separate electorates could have institutionalized power-sharing for minority communities in united India. Indian National Congress (INC) preferred a separate homeland for Muslims over sharing power with them. INC used structural violence prevalent in caste ridden Indian society to deny the untouchables any power-sharing arrangement. Gandhi started a fast-to-death to pressurize the leader of untouchable community Bhimrao Ramji Ambedkar to withdraw his demand for a separate electorate for untouchables. The use of so called ‘non-violence’ to perpetuate social violence led to a bitter reaction, and in an interview with BBC Ambedkar called Gandhi a double dealer and he led at least one million of his untouchable followers to convert to Buddhism to escape the horror of caste system in India. Due to denial of share in political power to untouchables under the Congress’s ‘secular’ rule he died a disillusioned man as Law Minister in Nehru’s cabinet. The core conflict between the Congress and Muslim League was therefore a conflict between secular unilateralism and secular multilateralism.

Muslim League’s multilateralism was not fully developed, and it has maintained strongly unilateralist character to this day. Soon after the creation of Pakistan, the Muslim leadership had a rude awakening to the many divides defining majorities and majorities in the newly created homeland for Muslims. After getting rid of majority Hindu rule, West Pakistan (say Punjab) based Muslim League leadership realized that it was threatened by the majority vote power of Bengalis, it dumped its embryonic secular multilateralism by substituting its theocratic unilateralism for secular unilateralism.

One unit and civilian and military dictatorships denied Bengalis their share in power up until the first fair elections held in 1970. This time Bengalis were subjected to military action, coerced to secede and blamed for the sins of military junta. Finding a formula for sharing power with minorities has haunted Pakistan throughout its history.

Pakistani leadership has dealt with ethnic and religious minorities unlike the way it wanted the Muslim minorities to be treated in Hindu majority India. Numerous military actions, truces and broken promises were used to deal with the demands of Balochis for the fair share in resources located in areas inhabited by them. Legally elected governments of Pukhtuns and Balochis were dismissed from power by a secular People’s Party over fake charges.

During the post-cold war period ethnic, sectarian and religious minorities have been subjected to discrimination by the state, ruthless terrorist attacks, vicious killings, and loss of dignity. Attacking the places of worship, religious gatherings, graveyards and funeral prayers of minority groups, abducting and killing members of these communities, and unleashing a narrative of hatred against them through text books, clergy and media will not lead to extermination of dissenting voices but to unraveling of Pakistan. Brutalization of Pakistani society will not strengthen Pakistan’s defense; it will lead to dismemberment of its social fabric.

The issue; however, is that the societal conflict in Pakistan, although presented as a conflict between theocratic and secular politics, is framed in terms of secular unilateralism versus religious unilateralism. The core issue is to reclaim the space encroached upon by unilateralism in the name of faith and patriotism, and strive for institutionalization of a multilateral discourse. Pitching unilateralist secularism against unilateralist religion will not take us very far.

Support the demands to:

- Separate religion from the state